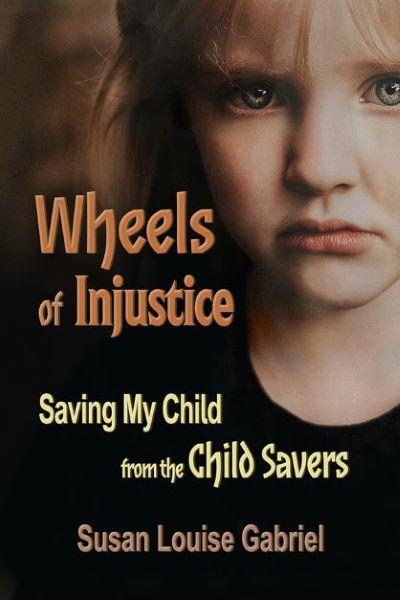 It began with one woman’s fight to save her child and ended in a national movement—
Six weeks into a blissful honeymoon, life turns into a nightmare when Susan’s 9-year-old daughter is taken away and her husband is falsely accused of child sexual abuse.
A simple misunderstanding is reshaped by the powerful, out-of-control child protection machine of the 1980s into something sinister, and Susan is dragged under its churning wheels. She is given the choice to cooperate in prosecuting her innocent husband or lose her daughter.
It’s the decade of unfounded abuse accusations, hysterical claims of orgies at daycare centers, families controlled by courts, and a child protection system that has become the very thing it was created to eradicate.
No one wants to hear the facts.
No one wants to know the truth.
When the couple doesn’t cave to the pressure, Susan loses custody of her daughter, and her husband is charged with a felony that carries a 16-year prison sentence.
Wheels of Injustice is a curtains-pulled-back, true account of the child protection system of the ’80s and its victims, who risked everything to expose its egregiously unjust acts and reform it.
“We are not to simply bandage the wounds of victims beneath the wheels of injustice, we are to drive a spoke into the wheel itself.” ― Dietrich Bonhoeffer
This memoir is a tribute to God’s faithfulness and a message of hope and inspiration to others who struggle to overcome adversity, fight injustice, or turn an upended life the right way around again.